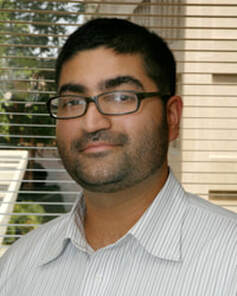 Uttam K. Tambar moved from India to the United States in 1982.  He received his A.B. degree from Harvard University in 2000 and his Ph.D. from the California Institute of Technology in 2006 with Professor Brian Stoltz.  After he completed his NIH Postdoctoral Fellowship at Columbia University with Professor James Leighton in 2009, he began his independent research career at UT Southwestern Medical Center in Dallas.  He is currently an Associate Professor in the Biochemistry Department and a W. W. Caruth, Jr. Scholar in Biomedical Research. The Tambar lab is interested in asymmetric catalysis, natural product synthesis, and medicinal chemistry.